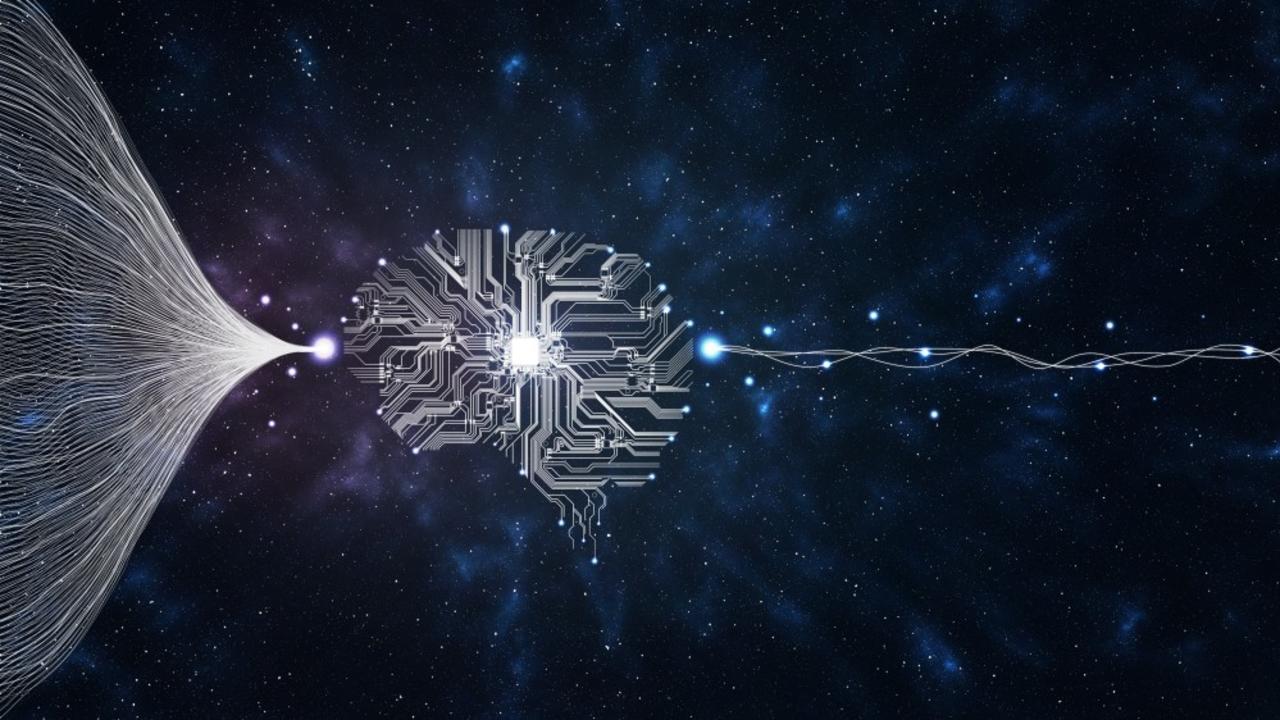 Today’s society promotes the cultivation of intellect and logic associated with the brain.

Through this exposure, we’ve learned that our brains are involved in perception and learning and that this three-pound organ of nerve tissue is the control center of our body. From this perspective, mind emerges from interactions in the physical brain—neuronal assemblies and molecular communication networks in cells—and we’ve assumed cognition arises from these physical phenomena.

Are you ready to hear another point of view on how we learn and perceive our reality?

In 1957, mathematician and computer innovator John von Neumann compared mathematical operations and design principles in digital machines to the phenomena in the brain. He notes, in The Computer and the Brain, that both computers and brains are dependent on electricity. Neuroelectricity can be detected in the neuron brain cells and even outside the head, making electrical activity a hallmark of our brain function. When a neuron displays such flashes of electrical energy, we say it is “firing.” Brains contain circuits somewhat similar to integrated computer chips. The human brain contains many billions of neurons—implying a large amount of electricity.

But what relationship do the processes of cognition have with electricity?

Although the human brain and its mental aspects are associated with its physiology, our brains are also part of the quantum physical universe. Present knowledge of brain neurology isn’t enough to explain higher mental processes like self-consciousness, intuition, meditative states, and transpersonal experiences or ultrarapid brain responses. Ample evidence suggests the brain may process information within tenths of a millisecond. Energy fields might be the interface between our body and these higher functions.

There is no a single theory on quantum brain/mind, but from the combination of many, we can get a general idea of how our learning process works in the quantum world.

In 1990, theoretical physicist David Bohm theorized that the universe is a giant superposition of waves, representing an unbroken wholeness—a dynamic universe in which the human brain is an integral part as a nonlocal information modality. In this universe, our perception induces the collapse of the wave function into matter.[1]

And there are also crystals inside the brain.

Some quantum mind theories suppose the possible involvement of specific molecules in the brain. It’s been suggested that a spectrum of ions and molecules (such as microtubular proteins)[2] operate in a quantum manner[3] involved in synaptic transmission.[4]

As I mention in The Crystal Blueprint, “A recent scientific study uncovered the presence of quantum vibrations (that is, tiny vibrations on a subatomic level) that arise from the harmonic oscillations of these biocrystalline microtubules in the brain, which are known to help with neurotransmission and the propagation of electrical signals …The resonance created within these crystalline structures allows our bodies to interact with the cosmos and for consciousness to take place.” Some quantum mechanics proponents assume mind is inherently entangled with (all) other matter of this universe, including our brain.

In 2009, mathematical physicist Henry Stapp coupled wave information to mental processes. His hypothesis proposes that wave information is transmitted from and into the brain by wave resonance[5] and that mental processes are not necessarily stored in temporal sequence but atemporally.[6] Entanglement of elementary particles might also imply the occurrence of backward causation—where the effect precedes its cause in time, and a later event in time affects an earlier event. Backward causation is evident because of the atemporal sequence of memories.[7]

“Within 100 milliseconds, the recollection of particular early life experiences will be initiated.”[8] It seems as though conservation of information does not depend on neuronal firing, so memory must be confined in some place instead.

That is why crystal resonance healing works and why, in the present, we can retrieve distant memories such as those from our childhood.

This field is the container of all the programs we have learned from others. Similar to a hologram, it represents an internal and integral model of who we believe we are. Based on our template or information matrix (our learned beliefs or original transparent information), waves with similar information are attracted. The observer effect is what is behind the transition of these waves into particles (matter)—all this creates our reality.

And there’s more. It has been speculated that part of the brain acts as a filter or reducing valve by selectively blocking out information and allowing registration and expression of only a narrow band of perceivable reality. As you see, even science shows evidence that we are currently not living our whole lives but a smaller part. This could be due to our inner mind programs acquired from others.

As biologist and PhD Bruce Lipton puts it, “5 percent of the day you are operating from your conscious creative mind! And 95 percent of the day you are operating from subconscious programs.”[10] The problem is that the subconscious mind is the habit mind. “So, if you want to transform and you want to get out of the old program, just educating the conscious mind will not do that! You have to do some exercise, some process. Energy psychology is a new way of changing beliefs as well very rapidly. But the moment you understand how you can train the subconscious is the moment you become free because you are the programmer of your own life.”[11]

Remember all possibilities exist as information in the field! You can choose to live your own reality now. Here’s where crystals come into play. Quartz crystals resonate with the crystals within our brain and with transparency. Used as tools in personal work, they can help us restore our original transparency to incorporate what we want to resonate with and create our reality. You can choose today to work with crystals and improve your life through crystal energy vibrations. If you want to learn about the best crystal practices, I encourage you to read part IV of The Crystal Blueprint.