Our Crystalline Body and Crystals 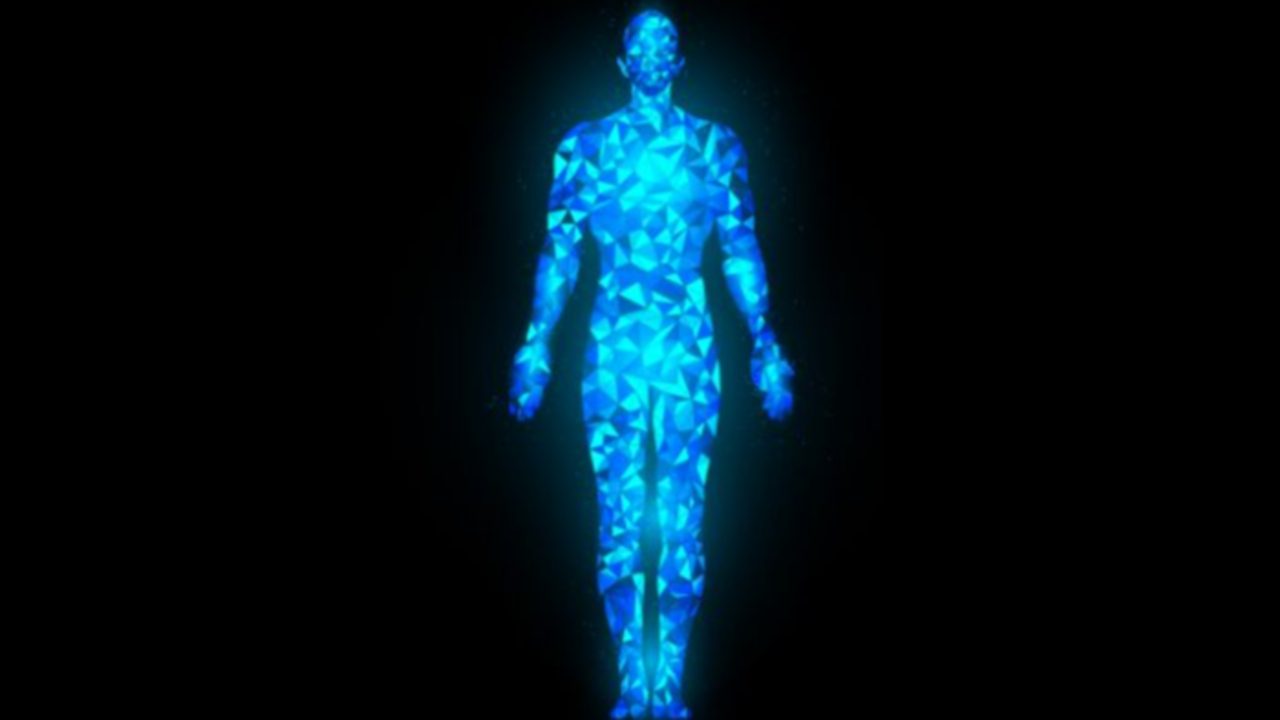 Aware or not, we accept (simply by being part of humanity at a certain period of time) certain paradigms or predetermined models—including how to keep our bodies healthy and free of disease. Today’s medical paradigm mainly supports specific drugs for specific diseases and removal of affected organs or surgical correction through invasive and noninvasive procedures.

But if, as I’ve mentioned in previous blogs, our solid body is really 0.0000001 percent matter and 99.9999999 energy, would it not be more consistent to treat our body based on the prevalent energy, rather than the almost nonexistent matter?

There is much resistance to this notion—a result of learned beliefs. Our world of the five senses rejects concepts deprived of our direct perception and not part of our mind’s learned content.

In school, we learn biology, chemistry, and briefly about the atom. Nobody mentions that we live in an energetic world. Nor is energy among our curriculum. The atom and the subatomic world aren’t new; this information has been around since 1922. Nearly 100 years later, we still don’t see this knowledge reflected in established medical procedures. Modern medicine still follows Isaac Newton’s nearly 300-year-old theories, suggesting the body works like a machine, with different parts not intimately interconnected as they are in our invisible subatomic world.

Every living organism is formed by a system consisting of atoms, molecules, and the fields of energy where matter and energy are interconnected.[1]

Our body’s internal energy field is produced by a complex dynamic of electromagnetic fields, consisting of electrical charged particles, molecules, cells, tissues, organs, and systems. This field is involved in all functions of a living organism[2] and is the collective product of all its living cells.

Biologically, we maintain our health and heal primarily by making new cells. Energetically, we do so by increasing the electrons in our cells. And how do you think cells do this normally? Through crystals.

In the same way crystals are used in the transmitters and receivers of radio and other electronics to couple resonant energy from one circuit to another, crystals are used by the cell membrane to resonate with energy.[4]

According to Dr. Gerald Pollack, professor of bioengineering at the University of Washington, the absorbed radiant energy does not merely degrade as heat, as generally thought. Some of that energy can get converted into potential energy and into other kinds as mechanical energy.[5] The most powerful wavelength from the electromagnetic spectrum measured within these liquid crystals was infrared (3 micrometers). Unlike the crystals we know, the crystals inside the cells are liquid, rather than solid, as the molecules remain mobile.[6]

The phospholipids that make up our cell membranes together become the crystal device that vibrated to store electric charge, consisting of one pair of semiconductors (phosphate) separated by an insulator (fat + integral membrane proteins)[7]. Electrons come into this circuit and flow through the membrane to keep energy flowing into the cell just like a computer chip[8].

Liquid crystals inside our cells maintain the same properties of solid crystals.

A significant source of electric currents and electromagnetic fields in the body is the piezoelectric effect. Piezoelectricity is a feature of quartz crystals to generate electrical currents when they are subjected to compression or tension.[9] Experimental studies performed mainly in Europe measured the tension of magnetic fields originating within the body that vary from 5,000 feet in the muscles to 500,000 feet for the heart.[10]

Inside the body, there are many crystalline biological structures with piezoelectric properties—bones, tendons, fascia, skin, dentin, tissue of the aorta and other blood vessels, trachea, intestine, collagen and elastin, and nucleic acid. For example, connective tissue not only helps hold our body together but also transmits energy. Or consider a capillary, which is smaller than the blood vessel that needs to pass through it. This is a plumbing problem that would require the heart to produce a tremendous amount of pressure. Yet light’s energy, mainly infrared (perhaps aided by crystal resonance), drives the flow through these capillary tubes.[11]

Quartz crystals resonate with our body. And it is at the points of the body where we find crystalline structures that they resonate the best.

The most important property of the body’s energy field is its unique resonant frequency. A healthy body is always in resonance with the surrounding electromagnetic fields—including the electromagnetic field of the mind. When this resonance is broken, we get sick. It’s broken when we resonate with others’ beliefs instead of our original transparent energy blueprint.

Like likes like. Crystal resonance can play an important role in the healing of our body. Just as crystals balance energy in some electronic devices, they can help balance our body’s energy fields and “transparentize” any information that is out of sync with our transparent electromagnetic world.

So, now that we know thoughts are the real source of our body’s imbalances, how about committing ourselves to internal work with crystals and to “transparentizing” and carefully choosing the contents of our mind. I invite you to do so from now on and also to read part III of The Crystal Blueprint, where I talk about the real science behind crystal healing.