Becoming Crystalline to Resonate with the Universe 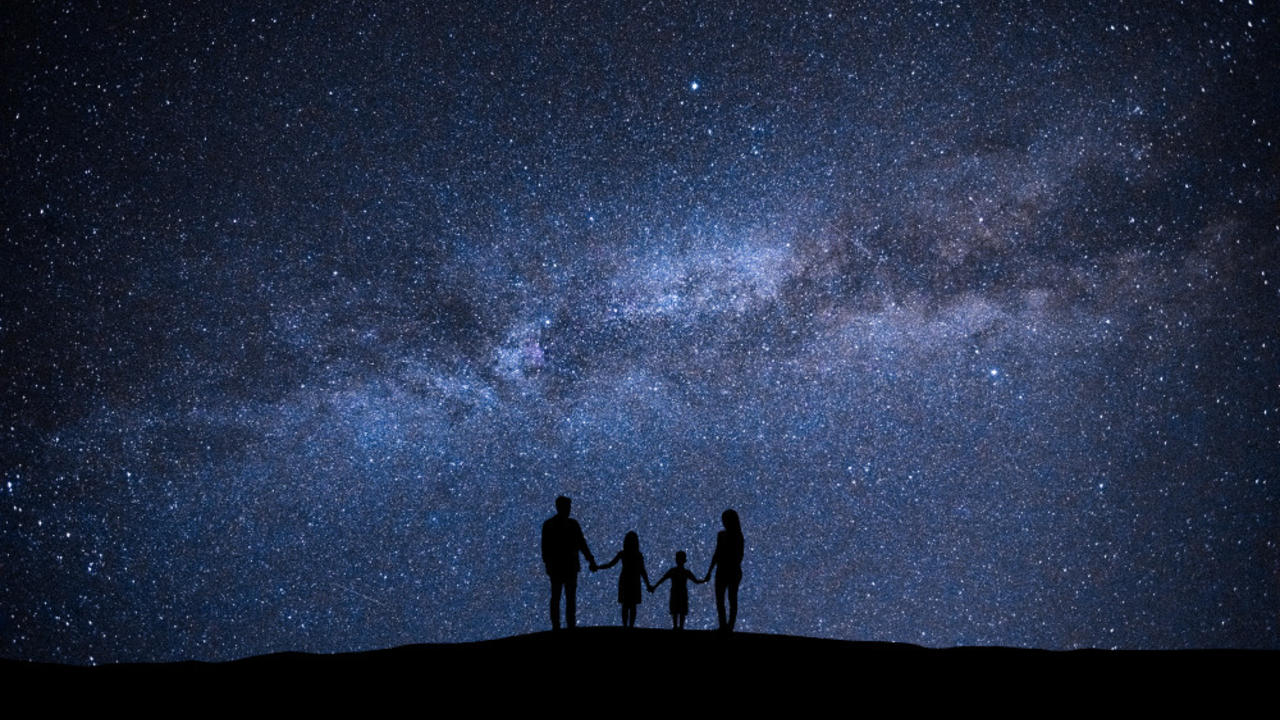 “If we change our heads about who we are—and can see ourselves as creative, eternal beings creating physical experience, joined at that level of existence we call consciousness—then we start to see and create this world that we live in differently.”

Are you one of those who are speechless with awe when you look up at the sky on a clear moonless night?

Generally, when someone asks us what the universe is for us, the first thing that pops into our mind is the infinite luminosity, magnificence, and vastness of the skies when the sun hides in the horizon.

For the ancient people, the universe was something completely different from beautiful scenery you could glimpse during the night. They had a much deeper connection with the universe than we have today. For them, the universe was an important part of their everyday life. For them, the skies served several purposes, among them a GPS to guide them through their travels and a timekeeper, keeping track of the days, years, and seasons. But besides its practical use, the universe for them was linked to all things in a profound unity—a unity in which humans were an inseparable part. They also knew that, by only realizing this and synching with its energies, they could access endless harmony and joy. We have forgotten the deep connection we all have with the universe. Today most of us have grown distant, as it seems remote and irrelevant to our everyday concerns. Yet the universe is more connected to us than we are consciously aware. I know many will reject the idea of being connected to the universe. But what you perceive as distant and grandiose out there in the universe is really you—you and the universe are one!

In order for us to believe we are the universe and live up to this concept, we have to give up many learned beliefs, including those of our ancestors.

Did you know that Galileo, in 1622, was suspected of heresy and almost sentenced to death by the Catholic Church because he contradicted the belief of that time—that the Earth was neither the center of the universe nor immovable? Yes! Believe it or not, there was a time when people believed that the Earth was actually still, and the whole universe revolved around her. Knowing what we know today, isn’t this crazy? Maybe in the future, identifying with the universe will be the new normal.

All living things on earth are linked with the oceans, the atmosphere and even the rocks. And all of these conditions help to support life on the planet. Life and planet earth are not two separable things; they are a unity. In this same way, our planet and all beings living here are interconnected to the universe, as all parts of the universe are different expressions of the same energy, and they are all in communication with each other.

We are made of the same energy that comprises the universe. The whole universe is our home. The universe creates us, gives us continuity, and is deep and old beyond our ability to reach with our senses. This overwhelming presence is everywhere inside you and outside you, and you can never be separated from it. Wherever you are, it’s there with you. Wherever you go, it goes with you. Whatever happens to you, it remains with you.

All—from the most distant star to our own bodies and minds—is made of energy, each being or body with its own unique frequency. Every atom of our being is resonating across the universe. We influence the universe, but the universe also influences us. And each and every one of us has a unique part in this.

I know many of you may at first reject this idea. How can a nebula, a galaxy, a star, and a planet be connected to us? But science has proven that this is an unquestionable truth, as everything in the universe is made of energy. The problem is that we don’t believe in energy, due to our limited perception.

Just as radio and TV signals are invisible but you know they are there, there are invisible energies all around us that are constantly resonating with us and influencing us. We live in an invisible resonating soup of vibrations in which one energy is interconnected to the other and so on. The reason many of us don’t perceive this is because we tend to be limited to a narrow bandwidth due to the beliefs we’ve been given by outside influences and with which we are resonating and the limited resonance those beliefs produce. Our ability to “tune into” the universal frequencies is bounded by these beliefs (this programming), limiting our vibration spectrum.

If you feel you are separated from the universe, it’s because of the limited perception of your mind. Maybe you don’t believe in energy or the idea that other beings or celestial objects are related to you.

The problem here is that our limiting perception and resonance is preventing us from being connected to our universal nature, which is who we really are. Part of this universal nature is to continuously expand and evolve. NASA technology, through the Hubble Space Telescope and Spitzer Space Telescope, has proven that the universe is in continuous expansion.

Our limiting perceptions’ set response systems—in which energy or beliefs are simply circling around—don’t allow space for expansion. In crystal healing, we refer to this as the energy being blocked or stagnated. This is related to many of our emotional and physical imbalances. In order to remain healthy, it’s important to keep our energy in resonance with the universe—flowing and expanding. This is not really new; many ancient philosophies directly relate our well-being to “flow” or “being in resonance with the universe.” Maybe our ancestors were trying to tell us that, in order for us to remain in balance, we all have to resonate with our own transparency—and quartz crystals are the best tools to achieve this.

The key to tapping into universal energies lies in our mind. Our mind is a resonator; when it’s empty or transparent of limiting information, we have the possibility to resonate with our infinite universe. The universe is a seething mass of probabilities; and it’s our transparent mind—through resonance—that can bring any of those probabilities into reality.

When we choose consciously to be empty of information or become transparent, we have more possibilities. There are no inner barriers; we can resonate with the universe.

Whether you go along with this theory or not, it is another pointer to our minds and thoughts having powerful effects on our world and other worlds beyond our knowledge spectrum. From this perspective, we can understand why our ancestors built most of their sacred structures aligned with the skies, why they meditated to empty their minds, why they were affected by cosmic circumstances, and why all these practices took place in sacred places built with stone and quartz among their main materials. Many attest that these places had special powers, among them connecting to the universe and influencing its energy through the transparent minds of those who regularly visited these sites.

Ancient cultures, which knew nothing about the quantum world, could reach to the universe through their empty minds.

When two quantum systems meet, they overlap and combine their total identity, leading to our expansion and to the emergence of a whole new thing that is greater than the sum of its parts—our full potential!

Through our transparent minds, we can become the cocreators of the universe we are part of.

“In one moment, I realized that this universe is intelligent. It is proceeding in a direction and we have something to do with that direction. And that creative spirit, the creative intent that has been the history of this planet, comes from within us, and it is out there —it is all the same … Consciousness itself is what is fundamental and energy-matter is the product of consciousness.” These insights of Apollo 14 astronaut Edgar Mitchell, which came from watching the Earth from space, led him to believe that the creativity inherent in the universe is also within us. His vision suggests that we may play a vital role as participants in the creative processes of life of the whole Earth.

The universal field of energies comprises the whole spectrum of resonances. Energies and frequencies of all times have created all sorts of events, and now the human race is adding its contribution. If we choose to work consciously in order to expand ourselves, we can bring positive ripples throughout the universal quantum eternity.

Next time you look up on a starry night, remember that you and your resonance are an important part of it. Resonance is the language of the universe.

The consciousness that permeates the universe dwells within each of us. Becoming and remaining transparent is a must to cocreate our best possible life and world.

No wonder many of us experience feelings of awe and wonder at the overwhelming beauty and power of the universe. We feel a sense of sacredness and of reverence in relation to it—a recognition of something greater than our own selves. When some of us revere the universe, we are not talking about a supernatural being. We are talking about the way our transparent selves recognize our place in this great immensity—about who we really are! It’s time to reconnect and resonate with your transparent universal nature and bring well-being to your life and world through crystal energy vibration.